Am Ludwigsplatz
This city has a lot to offer to the tourists, as well as for domestic people. Nurenberg is not only the second largest city in Bavaria, but it also hides a lot of ancient treasures, of which many are restored, and can be seen today, some of them even better after many renovations. The topic here will be the most known fountains in this beautiful city.
We will start off with the one that is vide known and make a great impression on everyone who sees it. Either being astonished or maybe grossed by the sculpture, it always gives feedback.
Jürgen Weber, an artist from Braunschweig, created Europe’s largest fountain with figures of the 20th century. The fountain was ordered to be made in 1984., and represents the joys and sorrows of married life.
This fountain represents different stages of married life. To translate it very loosely, the name of the sculpture is ” Marriage-Merry-Go-Round “. It was finished in 1981., to cover up the subterranean shaft. As much as art lovers have a great impression of this peace, those who don’t quite know the story, it can be a bit disturbing.
It’s shaped in the circle, where on top sits the boy who announces the news, like celebrating a wedding day. Then, stage by stage, married life goes through every stage until death, which is written on the side of the fountain ” Until Death Do, Us Appart “ in big letters, clash in the stone.
So, here you can see the happy new couple, dancing and giggling, after which they got a baby, where everything still looks fine, and then like at the moment, two of them became strangers, with no better things to do except being mean to each other.
One of them gets mean, the other gets fat or vice versa, with a lot of animals who are there as symbols.
That is why this is one great bronze sculpture, in which at the end, both of the former lovers die, or maybe even murder each other. More than many before this fountain, this is a piece of art that’s pretty misunderstood, even though it represents real life, without much embellishing.
The inspiration for this piece is from the song by Hans Sachs, which is chiseled on the heart-shaped pink stone, by the fountain. The name of the song is Ehekarusell, and it dates back from 1541.
Be that as it may, this place still attracts all tourists, even though it’s not that nice to see, it is clearly something to think about and bring home a memory for a lifetime.

Lorenzer Platz
The Fountain of Virtue dates from the time of the Renaissance between 1584-1589. Since World War II targeted Nurenburg because it has so many valuable things, Churches, fountains, and a lot more to offer, by the time the bombing stopped, this city was all in ruins, along with this beauty of fountain.
It’s committed by the City Council and iron cast by the Benedikt Wurzelbauer, who was well known by his skills with the bronze.
It is still one of the landmarks of the city today. The many figures represent the 7 virtues of the Middle Ages. Three of the allegories are theological, and the remaining three are cardinal virtues, which are all implemented in the fountain. All of them are represented as little chubby cherubs, with double coats of arms, holding the top layer in place. Among those virtues are Justice, Faith, Love, Hope, Courage, Moderation, and Patience. Every single one of them has a statue, made in its representation. So, to present most valuable virtues, they are made in this order: Faith – with a cup in one and cross in the other hand, Hope – with an anchor, Courage – with a lion, Love – with Mary and her children,  Moderation – with a pitcher filled with wine, and Patience – with a little lamb.
Plato was the first to characterize those virtues, and arrange them by order, and the main first four among them are Justice, Faith, Love, and Hope. Those four are Cardinal Virtues, which we should all obey.
This ancient fountain was so intertwined, that you can hardly recognize the transformation from the old Pagan Catholic symbolism transform into modern work of art that goes to the Renaissance period.
In its octagonal base, this fountain has three levels. The last layer – the top is made with special attention to details.
One would say that on the top is the most important of all of the other virtues, with blindfolded eyes, with the scale in one, and the sword in the other hand. Justicia should be the most valuable of all virtues.
In the Renaissance period, people weren’t so crude about naked human body and form, and even the Mother Mary is naked on this fountain, feeding her two children.
When the days are sunny, and the stream of water is a bit stronger, water makes a curtain, where sunrays try to go through the water, making this fountain different every time you take a picture.
Certainly, a place to visit and see the beauty that inspired this work of art.

Am Hauptmarkt
The 14th-century fountain, 19 meters high, is reminiscent of a Gothic church spire. It’s settled on the main marketplace, right next to a city hall. This work of art is considered to be one of the rare attractions in the city’s Mile Long Walk. It refers to Historical Mile because while walking this mile, you will see the most beautiful part of the town, which has a lot to offer to the visitors.
The numerous figures represent allegories of philosophy, the liberal arts, and religion. It is said that the copper ring on the north side of the fountain can make wishes come true.
As the name itself say about this fountain, it’s a ” Beautiful Fountain “. It was ruined during the second world war, and the original pieces ( or what’s left of them ), are still kept in the museum of natural history in Nurenburg. It’s near and right across from the Church Of Our Lady, which is something you should visit too.
There is a myth that on the back side of the fountain stands a ring that if you turn it around, you’ll have luck for the rest of the day. Once upon a time, young couples were getting here just to try their luck with a little wheel, and the wish was usually for the stork to bring the baby that year into their homes, at least that’s how the story goes.
This richly painted and done in full detail is a work of art of Heinrich Beheimby, who made the fountain.
In those 19 meters, you will find more than 40 figurines and figures that give this fountain a special glow. All of the figures make a world viewed through the eyes of the Holy Roman Empire.
Along with the others, here you can see the most valued of The Holy Roman Empire. There are 7 liberal arts, four Evangelist, as well as Moses and the seven Prophets. Attention to detail is amazing, so make a time to see, and feel the beauty of this old but well-kept treasure.
Among the common, this is the place where is the most likely for you to take the picture, because, these kinds of a fountain are never seen except here, so enjoy.
Keep in mind, this place is not rich in history and culture just during the winter season, and around the Christmas, you can visit this place any time of the year you want, and you’ll always feel kinda special, being in presence of the past and present, all wrapped up, and ready for you to enjoy.

Karolinenstr.
The bronze statue above the fountain, unveiled in 1905, is dedicated to the memory of Peter Henlein (1485-1523). He is considered to be the inventor of the first pocket watch. This beauty is situated on at the Hefnersplatz in Nürnberg. This is a monument for the person who claimed that he invented the pocket watch. Be it so, or maybe not, everyone can see with how much attention to detail was made when designing this fountain. In this round fountain surrounded by the fence, it was meant to preserve from the tooth of time one of the influential people of that time in Germany, especially in Bavaria, so this fountain is guarded by the stone lions from each side, and donation for the construction of the fountain is Peter Henlein himself, and the and the watchmaking Federation in 1905. This fountain is made by the Belin artist Max Meisner, to recognize one of the more influential people of its time in Nurenburg.
In the fountain, above the lion is a round ball, and he stands on the top of the fountain, having a small clock in one, and the silver handles in the other.
Even there is no proof that he really invented the pocket watch, his concept was one of the first…putting them into small casing was easy, making them work with such small parts, that would require a miracle. However, the fountain is one of the kind, these days no one asks who made the first pocket -watch, but when mentioned, his name almost instantly comes to mind.
Many people are pretty convinced that the pocket watch isn’t really an invention of the Peter Henlein, that he was a fraud. Even in the museum, where the small pocket watch is kept, they are pretty murky about the history of this little clock. Many believe that even though the clock dates from the time of this inventor, on the back of the clock looks like the letters are added much, much later, where it aid that the clock belongs to Peter Henlein.
Having in mind that the Reinessance just came along, it was the time of intelligent gadgets, and more or less intelligent people. Many of them made themselves as an important individual, and his intelligence may not be the first pocket watch, because, many small shops in big cities mad for their customers the same little watches, that can be pinned or chained to put in the pocket, always knowing what the time was.
Anyway, be sure to glance at this part of German history, because, you’ll have a surprise at every corner. 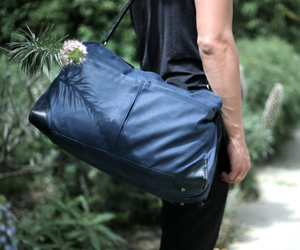 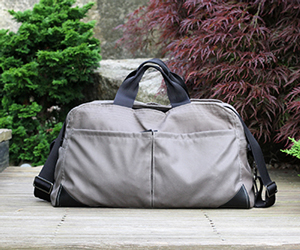